A Giant Xbox One Is Being Built in Vancouver 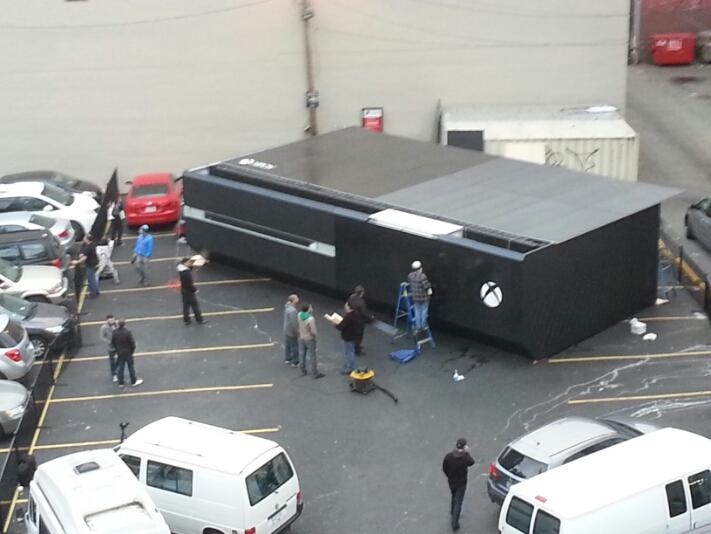 Something is happening right now in Vancouver...  Something big.

While we don't have much clue about what is really going on (see Update #2 down below!), it's seems to be related to that "#XboxOneSource" trailer (see below).  So basically, something is going to be revealed today for us canadians...

Update 1: Apparently, the giant Xbox One is located at the corner of Nelson and Seymour.

Update 2: the Straight.com website has some interesting info regarding the giant Xbox One:


Xbox Canada representatives told the Straight that the massive Xbox One model will “unlock” when enough fans pledge their gamertag.

Members of the Xbox community can pledge their gamertags in person at the giant Xbox One, online, or from the dashboard on their Xbox 360. Doing so also makes them eligible to win digital rewards. Prizes include Xbox One consoles and trips to Toronto for the Canadian launch of the new system.

What, exactly, will occur when the box unlocks is unknown. But you should expect it to be something special.