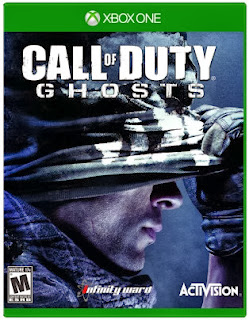 Well, all the rumours surrounding the output resolution of the latest Call Of Duty game on the Xbox One were apparently true.  Yesterday, Mark Rubin (the Executive Producer at Infinity Ward) confirmed that "Ghosts" will not run natively at 1080p on Micosoft next-gen console, unlike it's PS4 counterpart.

The deception among COD and Xbox fans is huge. The PR people at Microsoft or Infinity Ward can say all they want (that the upscaling to 1080p on the X1 is powerful and brilliant, blah blah blah)... but in the end, here is a AAA title that does not launch at maximum resolution on the Xbox One.  And it actually does on the Playstation 4.  Please remember that the X1 is the most expensive console of the two...

Also, we have to take into account Microsoft's own words: they want the X1 to live and prosper at least as long as the Xbox 360 did.  So basically, we're looking at a 10 years lifespan.  But they can't get one of the most successful IP released at 1080p for launch.  To be fair, we heard from developers that the Xbox One architecture and it's developement tools are still young and need some fine-tuning, so there is still hope for future titles.

But let's just face the fact: the PS4 has a better GPU and this confirmation by Infinity Ward proves it.  Keep in mind that COD sells tons of copies, and as a launch title, can sell tons of consoles.  The online experience might be somehow slightly better on Xbox Live, but as of writing these lines, we still haven't seen it by our selves.  So basically, gamers who are jumping on the next-gen band wagon along with this game as a first purchase will probably choose Sony's side.  And so far, they're right... unless full HD resolution is not that important for them.
à 9:20 AM