Kinect Sports Rivals Preseason Will Be Available On Day One 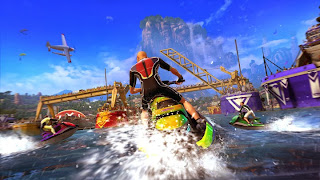 This free demo will let Xbox One gamers get in touch with one of the most anticipated Kinect-based game.  Basically, gamers will be able to get their hands on the wake racing activity, one of the six activities planned for the full version of the game to be released in March 2014.


"Kinect Sports Rivals" has been demoed all around the world in the last few months and many believed that delaying this game would hurt the new console's sales figure. In fact, the Xbox One comes bundled with the new Kinect 2 sensor and no other game seems to be using this new technology as much as Kinect Sports at this point. Microsoft has since responded to those critics by saying that the Kinect sensor is so much integrated with the OS itself (for voice commands) that it's already an innovative technology available at a bargain price. Nevertheless, a game that uses this peripheral at its full potential on launch day was mandatory, and this announcement definitely confirms it.