Xbox Music on Xbox One Will Be Free For Gold --> UPDATE: No, It's Not. 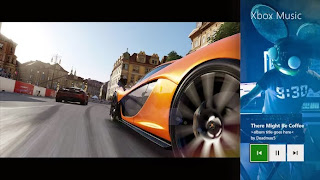 Yesterday  on Twitter, Albert Penello confirmed that Xbox Live Gold subscribers will be able to play tunes from Xbox Music without subscribing to this service (therefore at no additional cost).  The only downside is that free users will receive "perdiodic ads" (rumor is that it's going to be 15 seconds audio ads for every 5 songs).

This is great news as the X1 snap-in feature will allow user to stream music from this service while playing games.  The selection is also quite impressive, sitting around 30 millions songs as of September 2013.

At the moment, Xbox 360 users can play 30 seconds of each tracks unless they pay for the Xbox Music subscription (10$ per month or 100$ for a 12 months subscription). 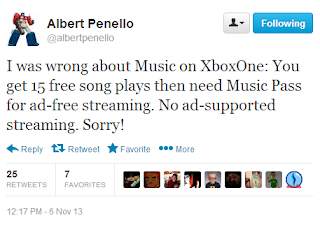