Battlefield 4 Update For Xbox One Rolls Out Today! 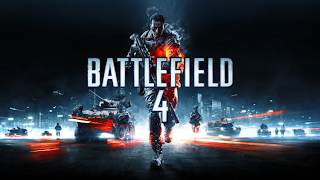 After enduring critical bugs, game-breaking glitches, self-destructing single-player campaign progress and unavoidable crashes to the dashboard, Battlefield 4 players on the Xbox One will finally receive the first major update to the game since it's official release (November 19th, a few days before the Xbox One console launch).

This morning, DICE announced on their forum that the update is finally being rolled out to X1 users, after being originally announced for the week of December 2nd.

The Battlefield community has been highly disappointed by the way DICE and EA handled the BF4 launch so far.  The game was plagued with so many bugs (on all platforms) that for some gamers, it was simply unplayable and not acceptable.  Most critics believe that EA rushed the product in order to avoid seeing "Call Of Duty: Ghosts" get the upper hand on the next-gen FPS market.  The results have been catastrophic for EA who saw it's share drop by 8% at the beginning of December, after reporting that both EA and DICE were halting future projects in order to fix the once highly-anticipated title.  It's also worth noting that EA is currently under investigation by an american law firm who believe the company might have mislead it's investors during the game development...

Let's hope that this patch does make the game more stable on the Xbox One.  Because let's admit it: it's one hell of a game... when it actually works.

EDIT 1: A lot of users are reporting that after applying the update plenty of problems persists.  Joining a "Conquest" quick match is still impossible.  What a let down...

EDIT 2: Users are reporting that the single player campaign still gets erased.  Bummer.
à 11:38 AM